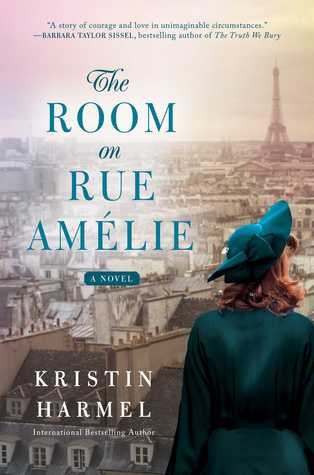 Ruby Henderson was eager for adventure when Marcel Benoit walked into the Central Park cafe. “I’m in search of a big life, and I won’t find it in the middle of nowhere,” she had declared to her parents when she left their small Southern California town to study in Manhattan. Ruby wanted a big life full of glamour and excitement. And Marcel was just the person to give it to her.

By the following July they were married, living in his Paris apartment. The newlywed couple spent their evenings hobnobbing with the important art and literary names of the time, spent their days gazing at the Eiffel Tower over glasses of wine on the apartment balcony. It was all she had ever wanted.

Unfortunately, it was 1939 and the Nazi troops moving across the continent were about to change everything.  Suddenly an American woman living in occupied Paris, the glitz and glamour and famous acquaintances were replaced with fear for herself, her Jewish neighbors, and the suspicious behavior of her now distant husband.

I have read several good books lately set in the WWII era, but really enjoyed this one told from the point of view of an American female choosing to stay in harm’s way when she could have returned to the safety of the United States. It definitely brought out issues that would not have existed otherwise.

In addition to the unique point of view, Kristin Harmel does  a wonderful job of combining the beauty and romance of Paris with the fear, death, and destruction of war, specifically the horrors inflicted by the Nazis.

I highly recommend this book, but warn that it is not a light read. It is deep and emotional and will stay with you long after the last page.